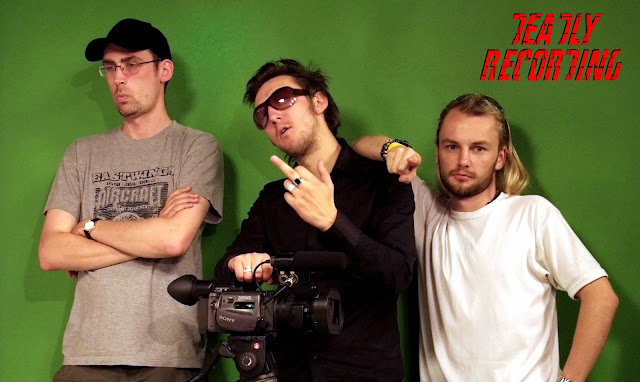 You've asked for this! It's more than 10 years since Talarkino studio has started making action movies and it's a good reason to celebrate. Ultimate indie action-comedy is on!

On July 28th the first shot of "Deadly Recording" was... recorded. Take a look below at this fast-paced De Palmesque short flick filled with cynical characters and mind-blowing plot, which was filmed in only three days!

In 2009 "Zabójcze nagranie / Deadly Recording" was presented at such festivals as KLATKA in Stettin, OKFA in Konin, kilOFF in Katowice, Kameralne Lato in Radom, V FFKN Filmowa Góra, Kręci się  or Gdynia Film Festival! The recently restored & enhanced HD version is now available on Amazon! Go watch it on youtube directly below.

"The film initially was to be a pure detective story about making up evidence of crimes on video tape. It was a loose reference to the former situation in our political scene, where every VIP was recorded." - explains Jakub Półtorak.  "Brian De Palma once said that film camera lies permanently, twenty-four times per second. In this film we wanted to show that the expected realism in cinema is purely abstract, as you never know what bit of reality the person behind the camera will show us" - says Ben Talar. 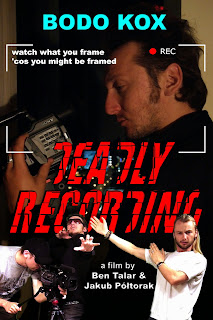 You can also check the review on IMDb by Richard Brzostek who writes:


Although the movie is brief, there are details that foreshadow the coming events so one has to watch very closely to take it all in (or pick them up on a second viewing). A lot of stuff happens in the 25 minutes of this short film so don't blink too often. (...) There isn't a dull moment in this story in a story so get ready for some intense viewing.

The idea for a half-hour short started in TV studio located in high-rise building from which a car park on the other side of the window. Further inspirations comes from such classics as "Blow Up", "Charleston", "F/X", "Tango & Cash" and - my favorite -"Body Double" of course.

And if you enjoyed the mysterious rough music by Bohdan Palowski you can listen the whole soundtrack (feat. "Blind Fate" and "To Give" tracks) directly from SoundCloud album below with tracks from Julia Trębacz, Jairo Nieva and two special songs from Rockaway inspired by this film.