The Artist is back! 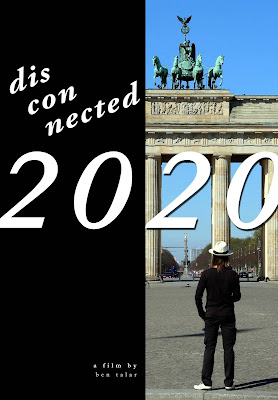 History likes to repeat itself, but this time the alienation gets more real than ever! Ben Talar revisits his last original film from 2015 in this minimalist intriguing attempt of sequel/remake utilizing shot-for-shot technique.

"Disconnected 2020" brings the same story about alienation, but this time during the global pandemic. And this time The Artist is the only character on the screen. The catch: he revisits some of the paths of other characters from the original film, which was made along with Ricardo Gonzalez. The 2020 version is an one-man-crew solo show without distracting archive footage. Berlin as plain and empty as it is.

Ben Talar used the opportunity of shooting during the lock-downed Berlin to highlight the main theme of the story. Lots of shots were recreated using exactly the same camera angle and composition. Some, however, received a new treatment. The Brandenburg Gate opening sequence was shot from the other side to show less populated square, usually crowded by the tourists. All scenes involving She were re-shot in a new location - abandoned Sony Centre - which is closer to The Artist's occupancy than the impulse shopping of She's character.

When it comes to soundtrack, there is a nod to "The Temptation" from 2012 - the project which was left in pre-production phase just before it's shooting started. The only remains from the production is the soundtrack written ahead of shooting by Bogusław Salnikow. Some of the tracks intended for "The Temptation" were recently remastered and now they fitted perfectly into this fresh perspective on things, which never change.

Watch the full movie below: 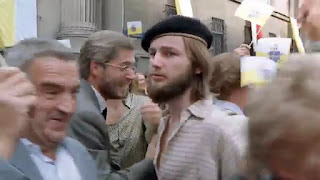 Ironically this is not the only time Ben Talar played The Artist. Back in August 2005 he used different hat to present himself as creative type in two productions of different scope. First was the Italian-American mega-production "John Paul II" starring Jon Voight. The extra role received nice coverage in the cinematic version. The other one was "The Gourman", a silent black&white short, where The Artist presented some of his slapstick skills.