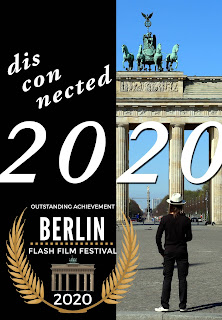 This is the first shooting project the filmmaker was working in for the last 5 years. As for the concept, he was following the steps of Gus Van Sant who remade "Psycho" shot-for-shot, or maybe even more closely Michael Haneke, who remade his own "Funny Games" in similar vain. Remaking of one's own film is not so unusual. In the past Cecil DeMille, Alfred Hitchock or Abel Gance used the opportunity of technological advancements to re-tell their stories such as "The Ten Commandments" (1923/1956), "J'accuse" (1919/1938) or "The Man Who Knew Too Much" (1934/1956). So have a look at "Disconnected: Now & Then" below: