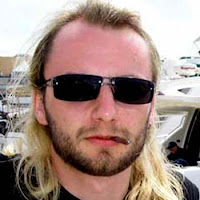 Ben Talar made his first film in 2006. "C@ught in the net" was presented at the most important event in country - Film Festival in Gdynia - and many other festivals in Poland, eventually winning awards for Best Acting and Best Music on Festival Drzwi in Gliwice. Later it was licensed for TV and broadcasted on Canal+, Interia TV and Kino Polska. The film was later re-edited into a short feature "In the net" and again revisited in 2017 with a changed plot as "Apart".

Talar's next project was a documentary called "Latino Cracow" in which appeared his friends from South America. The film was nominated for OFFskar 2008 award as the best documentary and broadcasted worldwide thru satellite by TV Polonia.

The next year, along with Jakub Półtorak, Talar has written and directed "Deadly Recording" starring Bodo Kox and "Blind Fate" with Jacek Pieniążek (Chuck Norris' look-alike). Soon an idea for filming a documentary on look-alikes emerged which was finalized in 2013. Within three months in 2009 Ben Talar produced three films directed by Jakub Półtorak: "The Carcass", which made a little buzz on Festival in Gdynia; "To Give" and "Antek", which won Bronze Medaille on Unica Competition in Switzerland.

In 2011 Talar worked with Klara Landrat on "The Soul Collector", which was slightly inspired by opera "Adriana Lecouvreur" (a restored aria recording from Milan was provided for this film). In 2013, after four years of shooting, Ben Talar finished his long-awaited documentary about look-alikes called "In the shadow of Chuck Norris".

Then, after moving to Berlin, he made an experimental short in collaboration with Ricardo González called "Disconnected", which won Vimeo Audience Award on Sundance Channel Shorts Competition 2015. The film is distributed by Gonella Productions. 5 years later a sequel/remake called "Disconnected 2020" was filmed during the Berlin lock-down.